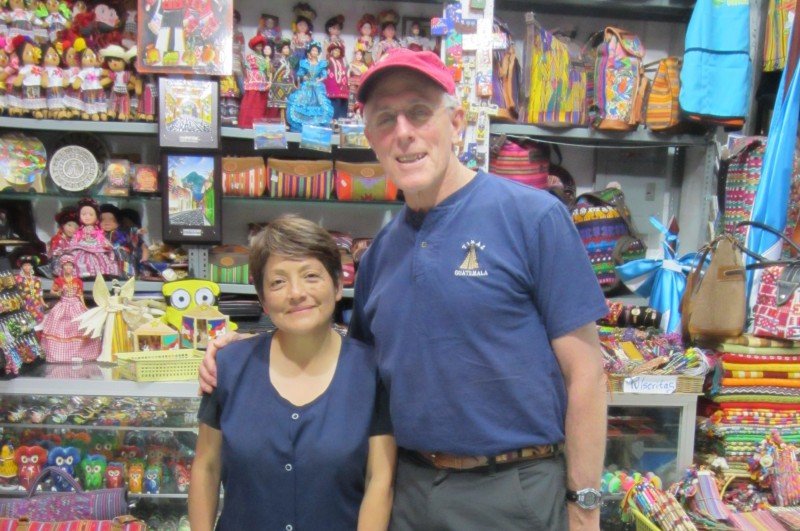 Dr. Pike, with no English-speakers in sight! 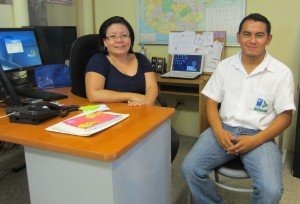 Adela, my hostess, with Cesar, health promoter at the eye clinic

I’ve often heard and have come to believe that total immersion is the best way to learn a new language. However, having time for an extended stay in Guatemala has never been possible for me, beyond 2 weeks. Most of those 2 week stays are with, or around folks who speak English, so not very helpful for an immersion experience.

This trip I had a mini-immersion, spending 2-1/2 days without an English speaker in sight, speaking with my friends at the Vincent Pescatore eye clinic. It went pretty well. I made the usual mistakes, like confusing words that have similar sounds but have very different meanings. I asked my hostess, Adela, if she had any “beautifuls,” confusing “hermanos” (brothers) with “hermosos” (beautifuls ??). She wasn’t sure how to answer and gave me that “what the hey?” look. We had a good laugh. I once asked a bank teller something about “rats” when what I wanted to know was the dollar exchange rate. Then there’s the always funny remark about what a nice chest someone has, when you’re wanting to compliment them on what a beautiful roof they have on their house. 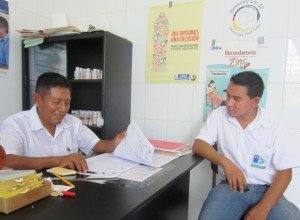 Chatting with the health promoter of San Pedro, Peten and Cesar

It’s ironic that it takes more time to learn a language when one is older, but this is when we start to realize that time is limited, not something older people have in abundance. 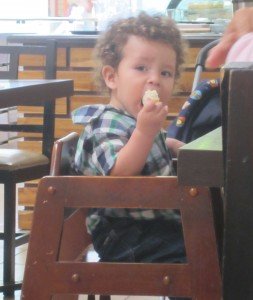 Even Mario didn’t understand me!

By the end of my 2-1/2 days of immersion, I was eager to hear some English roll off my tongue. I hopped on the bus to go back to Guatemala City and found that my seatmate was a young blond woman, not at all Spanish looking. I hoped she wasn’t German or French. I asked, in Spanish, if she spoke Spanish. She replied with a worried look, “No.” I came back with, “How about English?” She said, “Yes.” I was excited…until she continued talking in the Queen’s English, with an accent I could barely understand.

I wished she spoke Spanish. I’m resigned to be stuck in immersion.