The Medicine Grows in the Patio of the House 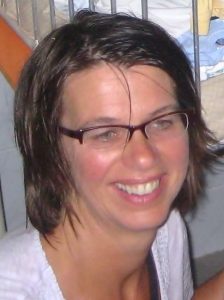 In August of this year I travelled with a group of optometry Amigos students and several optometrists to the Ixcán region of Guatemala. My first trip with Dr. Pike to this area was in 2010 and I was excited to go back to see the changes in the community.

My focus during this trip was to help where I could, translate and practice Spanish, and learn about alternative healing practices.

I am interested in cultural competency in health care. It is important for all health care providers to know the cultural background of their patients as it relates to their health. Alternative healing practices such as the use of medicinal plants, herbs, and visits to a curandero (healer) are important aspects to acknowledge.  What better place to study this topic than in the Ixcán region of Guatemala, where 65% of the population is of indigenous Mayan descent and the use of alternative healing practices is wide-spread.

The ancient culture of the Mayans has a long tradition of using plants and herbs as remedies against illnesses. According to our guide in Tikal, they eyes have an important significance in Mayan religious beliefs. The Mayans had a custom to place a piece of jade in between the eyes of a young child. The child would look at the piece of jade and become cross-eyed. In the Mayan culture this was considered a symbol of high social standing, because these individuals were closer to the Gods, because they could see the universe with their eyes.

While taking patient histories during our clinic days in the Ixcán, I would ask the patient if they have used plants and herbs to treat their ailments. The answer was often yes. I heard about a variety of plants that were used to treat diseases. One man used garlic to lower his blood pressure. He had a strong odor of garlic and he said it worked for him. Another man used the bark of a tree made into a tea to treat diabetes. Common plants used to treat eye related illnesses are compresses soaked in tea made with calendula, chamomile and eufrasia (eyebright) for red and sore eyes and witch-hazel for irritations of the cornea.  I read in one of the many books on medicinal plants, about a tree that grows in the Amazon called, Pilocarpus Jaborandi. This tree produces an alcaloide called Pilocarpina, which is known to be a muscle relaxant and is used to treat glaucoma. 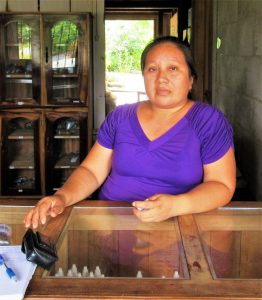 Next to the parish and the office of Enfoque Ixcán in Playa Grande, there is a small store run by the parish called Pascomi Ixcán.  In this store there is a variety of extracts of medicinal plants and herbs for sale. The woman who runs the store for the parish is Griséria. I found the store closed often, because she goes out to the rural communities to teach the locals how to use home remedies and how to treat themselves. When I finally caught up with her she told me that the remote villages have no or little access to modern healthcare and medications. They rely on the ways of their ancestors, who have treated diseases with plants and herbs for centuries. There are over 6,000 types of plants in the tropical rainforests of central and South America. For more information on this topic, you can watch this video in Spanish. This documentary was made by a reporter from Santa Maria Tjeza, Rolanda Garcia Hernandez, who reports regularly on news from the Ixcán.

There is a correlation between the socio-economic status of communities and the access to modern health care. The poorer the people the further away from health care they often are. Therefore, the most poorest of the world often depend on medicinal plants, herbs and their traditional ways of healing.

In the Mayan and Latino culture the general belief is that your mental state of mind can cause physical illnesses. It was not uncommon to hear patients tell me during the patient history that they suffered from “nervios” (nerves) and “susto” (sudden fright). One woman told me she started having eye health problems after her father died. She was suffering from “susto”. Emotions and mental health play an important role in the physical health of these patients. Especially in a region where the effects of the civil war, that traumatized the people in this area of Guatemala from the 1970’s to 1996. The atrocities of the civil war are still fresh in the minds of the people.

A curandero or curandera is a natural healer who is often an elder or a midwife in the community. The people seek out the curandero because he or she has the “gift” of spiritual healing and is respected in the community. It is not uncommon for Latino patients to visit a curandero.

“Curandismo” or folk healing is an art that is carried over from generation to generation in an oral tradition, teaching the healing ways of the ancestors by treating the whole human being (body, mind and spirit). Curanderos separate diseases into three categories:

The role of health care promoters, such as Felipe and Arnulfo, in these rural areas is of critical importance. The health promoters are the bridge between modern medicine and traditional beliefs. Health promoters are people who have been trained to diagnose diseases and to help with the logistics to get the patient to the specialist or clinic where they can receive the treatment they need. Health care promoters are highly regarded in the small rural communities. Often they are midwives or curanderos themselves and they have the trust of the people.  While we were visiting the Visualiza clinic in Guatemala City, Carlos, the outreach director, gave us an example of the importance of health promoters and how patients in rural communities will not seek treatment if they don’t trust the doctor. Often when they go into a new community to diagnose cataracts and refer patients for surgery in one of their clinics in the city, the patients will not go, because they believe their cataracts are caused by bad spirits. It takes a lot of counseling and working with local health promoters to convince one patient to undergo the surgery. Once one patient returns to the community with clear vision others will follow.

It was a pleasure to work with the health promoters of Enfoque Ixcán, Felipe and Arnulfo. After learning more about traditional healing and the Mayan culture, I have a renewed appreciation of the important role they play in the eye health of the people in the Ixcán.

Wozniacka, Gosai, Traditional curanderos in Oregon a lifeline for the Latino version of health care providers. 2010. The Oregonian.